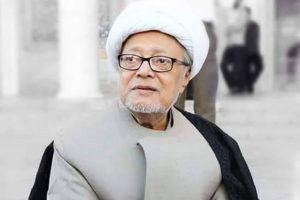 Allama Talib Jauhari was a prominent Pakistani Islamic scholar, religious leader, public speaker, Qur’anic interpreter, Urdu poet, historian and philosopher of the Shiite sect of Islam. He was born on 27th august 1938 in Patna – Bihar (British India). His father Maulana Muhammad Mustafa Jauhar was a prominent scholar and an urdu poet known for his exceptional poetry related to the Household of Prophet Muhammad(s).

He was appointed as the head of Jamia Imamia in Karachi where he served for 5 years. Later on, he chose public speaking (Khitabat) as a medium to convey his message and share his knowledge with the masses. He succeeded grand Allama Rashid Turabi at the historical minbar of Nishtar Park and then continued spreading the message of Ahlebait(a) for nearly 5 decades. His recitation of Majlis Sham-e-Ghariban on National TV became his identity. He gained enormous respect among people from all the sects because of the knowledge he demonstrated, argument he established and result he produced through the Tafsir of Quran. People would still remember him as “Khateeb – e – Sham – e – Gharibaan” and share their memories atatched with Allama Talib Jauhari.

His program “Fehm-ul-Quran” on PTV in 80’s was another example of his command over Tafsir of Quran. He made people to listen and understand his lectures because of his atractive and unique way of speech. This represents his emmence skills in “Kalam” & “Khitabat”

Allama Talib Jauhari passed away at the age of 81 but his outstanding services to spread the teachings of Ahlebait will always keep him alive in the hearts of People who respected him during his life and will love him after his demise. His era will never end. He is buried in the courtyard of his Madressa in New Rizvi Society, Karachi. 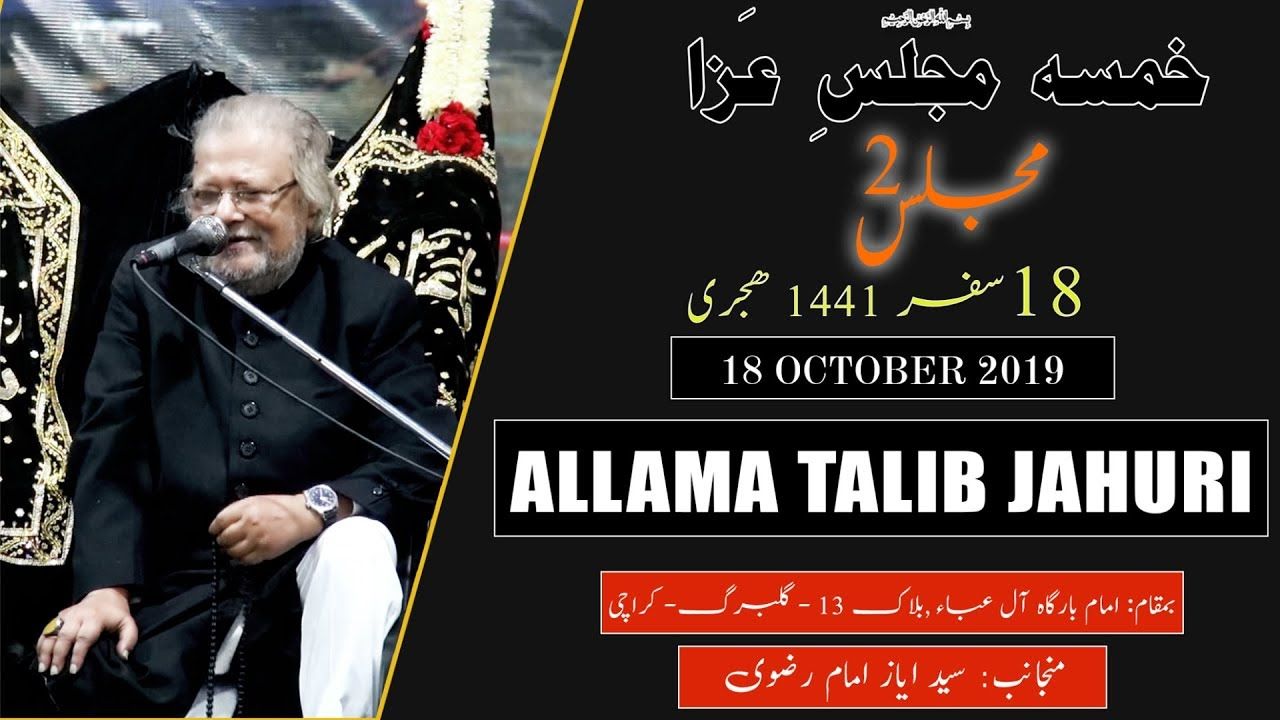 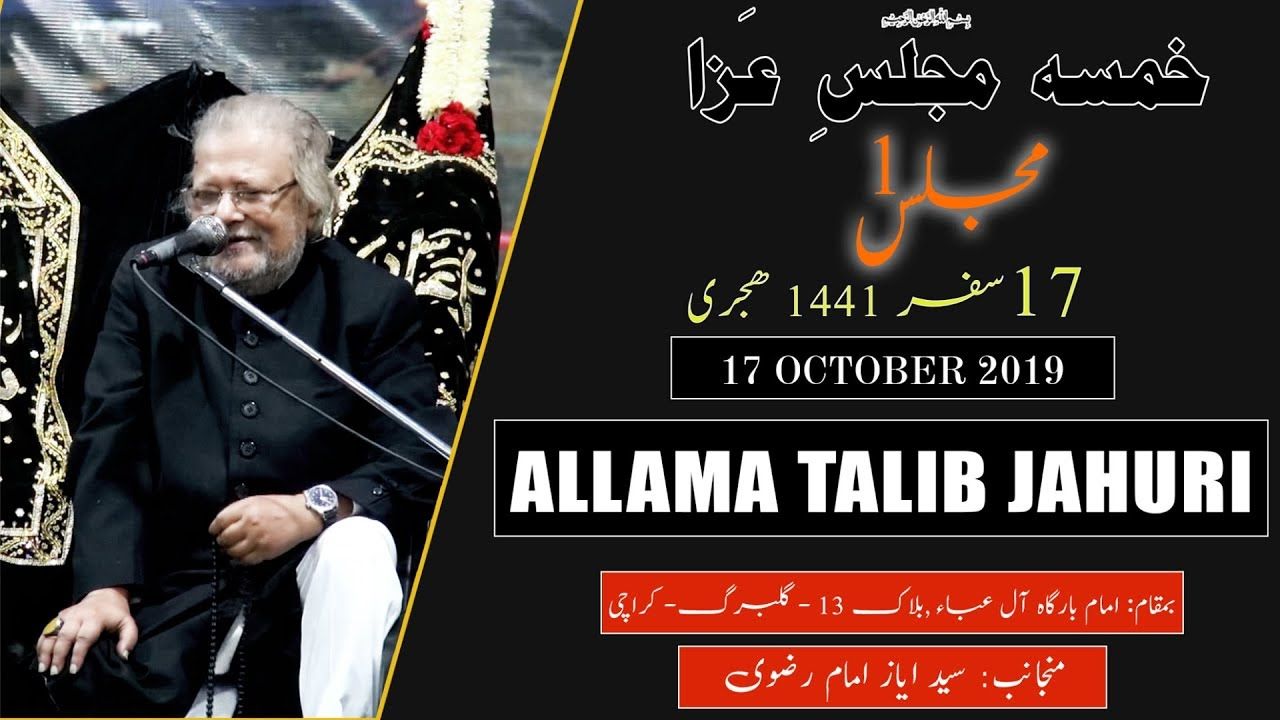